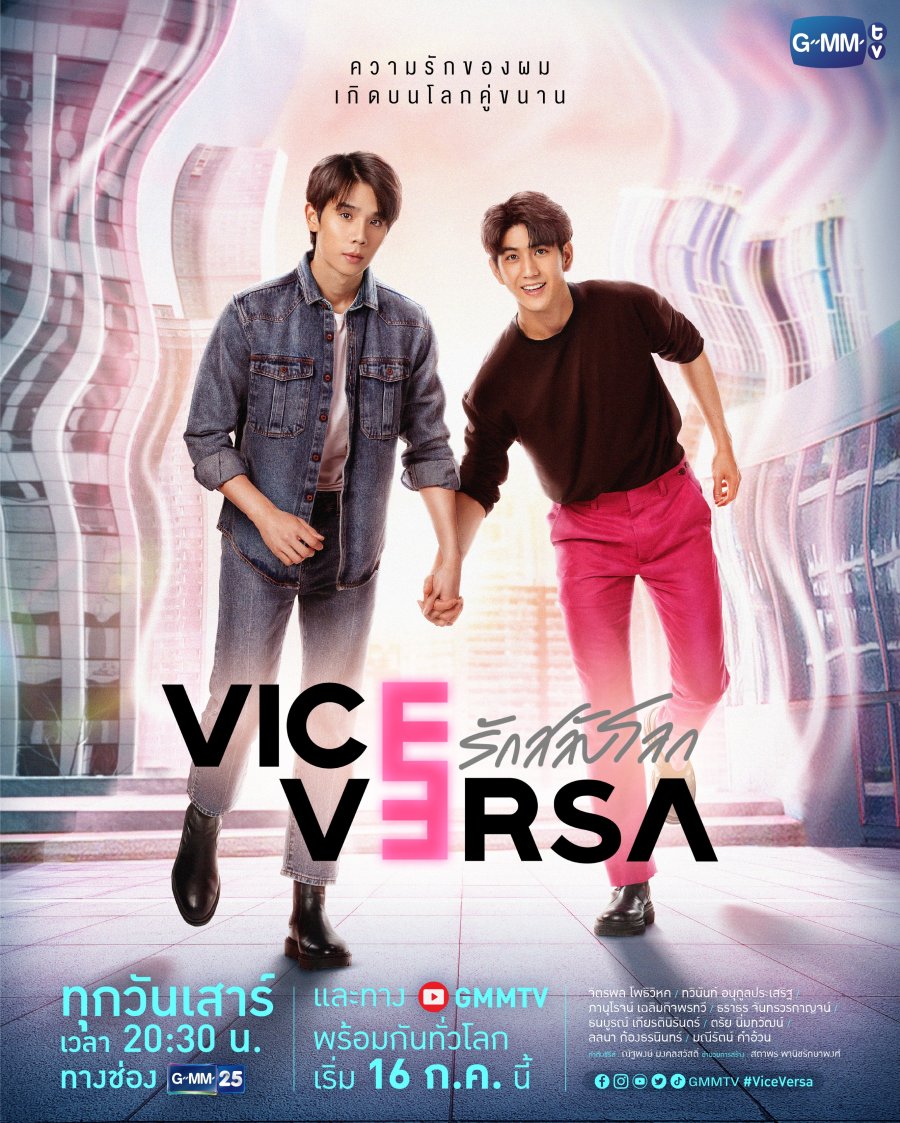 Vice Versa (from Thailand, with English Subtitles, in 1080p) Episode 4

This is a new BL fantasy series from GMMTV in Thailand. English subtitles are supplied by the producers, and are provided here embedded in the .mkv file. If you need them separately, just demux them with the appropriate Matroska utility program. The program is in 4 parts, just play them in numerical order. The running time for this episode is almost 54 and a half minutes.

PLOT: Talay wakes up in the body of a man named Tess and meets Puen, a famous actor who is now in the body of Tun following an accident. Both of them have to live their lives in a universe different from their own. They might even be each other’s “portkeys,” people who can help them return to where they came from once they have completed what they hope to achieve. The two have Phuwadol, a nurse who helps people from the same universe they left behind, to guide them through life in this new universe. Tun and Talay have a mission to fulfill, and they are assisted by their pals Kita, Fuse, and Friend Credits members Up and Au. Love and friendship grow with them in the new universe. What will happen with their mission? Will they be able to get back to their home universe?

I have included a “Behind the Scenes” file from last week’s episode. It runs just on 3 minutes. I have also included a “Qooqle Spot Quiz” with the two leads actors checking who has been paying attention to the differences in the new universe. Just over 3 and a quarter minutes.

In Episode 4 “Deep Magenta”, Puen/Tun has to write the romantic parts of their film script, but realises that he has to experience love in order to be able to write about it…..

This show is released each Saturday night.（G5V.NET）