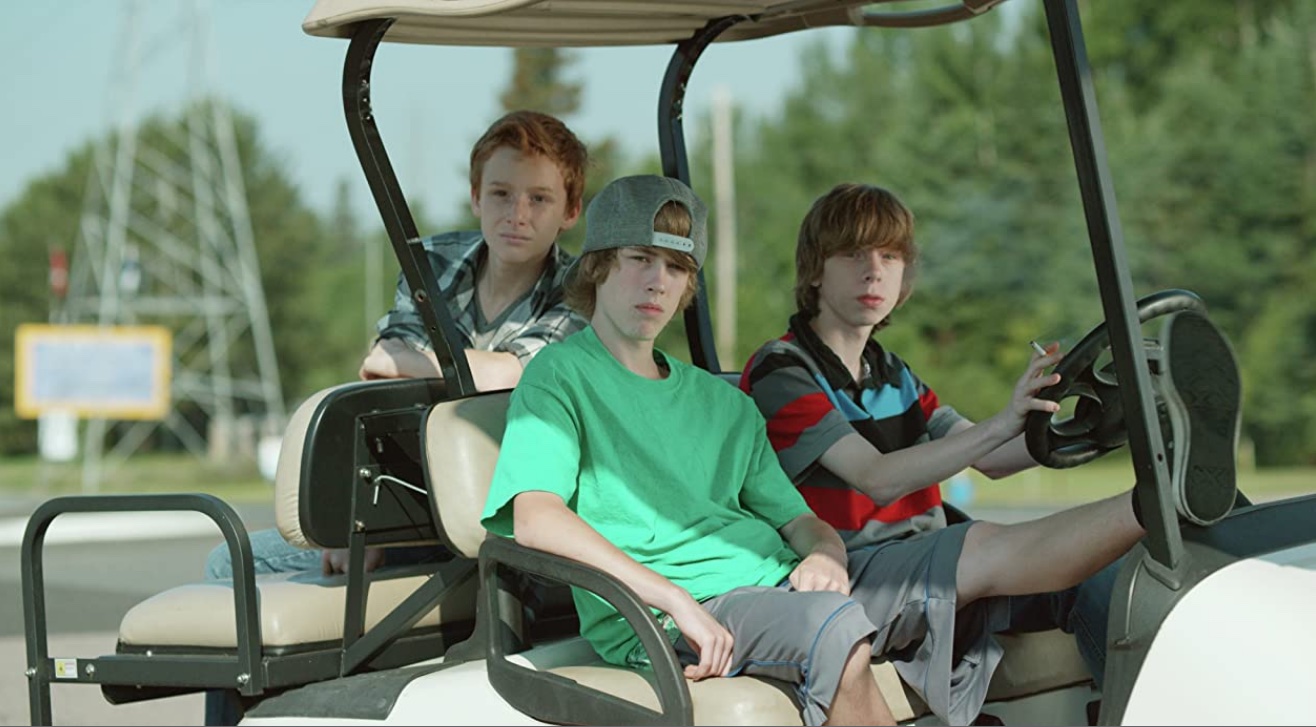 The film, written and directed by Andrew Cividino, plays like a Jeff Nichols film painted by the Group of Seven. It’s awash in the gorgeous vistas of Lake Superior, namely the Sibley Peninsula (colloquially known as the Sleeping Giant).

The film follows three makeshift friends spending the summer at Sibley. Adam (Jackson Martin) is the quiet son of a well-to-do family. Riley (Reece Moffett) and Nate (Nick Serino) are cousins from a lower class clan. The boys are not the sort to normally cavort together, but a quiet summer makes quick bedfellows. Riley and Nate love smoking weed and stealing liquor from the local grocers, while Adam finds it difficult to talk to girls or even confront his Dad with an opinion. However, despite their differences, Adam and Riley genuinely bond, while Nate plays the omnipresent instigator. The particulars of the boys’ interactions—the casual cruelty, the wit, and the homoerotic yearning for each others’ company—are achingly real.The film has little plot to speak of, instead meandering as the boys do, going from hangout session to evening with the family and back again without much fanfare. However, the film is not without any narrative. It builds a firm arc for these boys, particularly Adam, who grows a little by the end, but perhaps more crueler than wise. Sleeping Giant is no touching coming of age film. It’s more matter-of-fact, more direct, more subdued. It captures the angry, awkward contradictions of male adolescence. Its visuals are ambling, unfixed—the camera quietly shifts and sways as the boys endlessly move about the landscape. It’s a beautiful film, but ugliness is shown alongside the natural beauty.

This is a stunning debut, and all the more so for being authentically Canadian in content and creation.（G5V.NET）