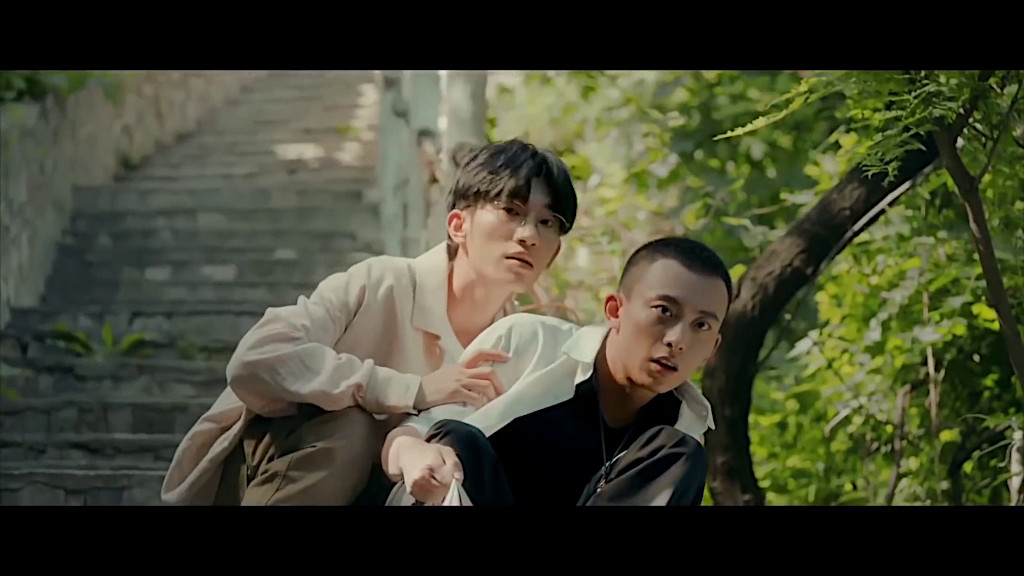 This is a short “BL” film released on Youtube by a Chinese Channel.

But there are also English .srt subtitles as well.

I’d turn the soft subtitles off and follow the burned in ones, which generally seem to be more sensible English.

The whole short film runs almost 46 and a half minutes.

PLOT: Yu Sheng is being chased down the street by a group of ruffians, and he appears to have stolen a bag of money from them. He evades them for a while, then finds an old abandoned building, which is being overgrown by plants. He sneaks inside and makes his way up to a higher level. The pursuers see him in there and give chase. He tries to hide on a balcony, but they see him and rush towards him. He grabs hold of his lucky amulet as he falls to the floor, but the expected beating doesn’t happen. When he looks around, he is on the floor in somebody’s bedroom. On the desk beside the bed is an open laptop. He sits down on the chair to read what is on the screen, which seems to be a novel, and discovers his own name and the description of what has just happened to him.

Then the author comes into the room…..

The story is a bit confusing, but you can tell which “realm” you are in by the full-screen (Reality), wide-screen (Novel) changes. See the included pictures for clarification.（G5V.NET）