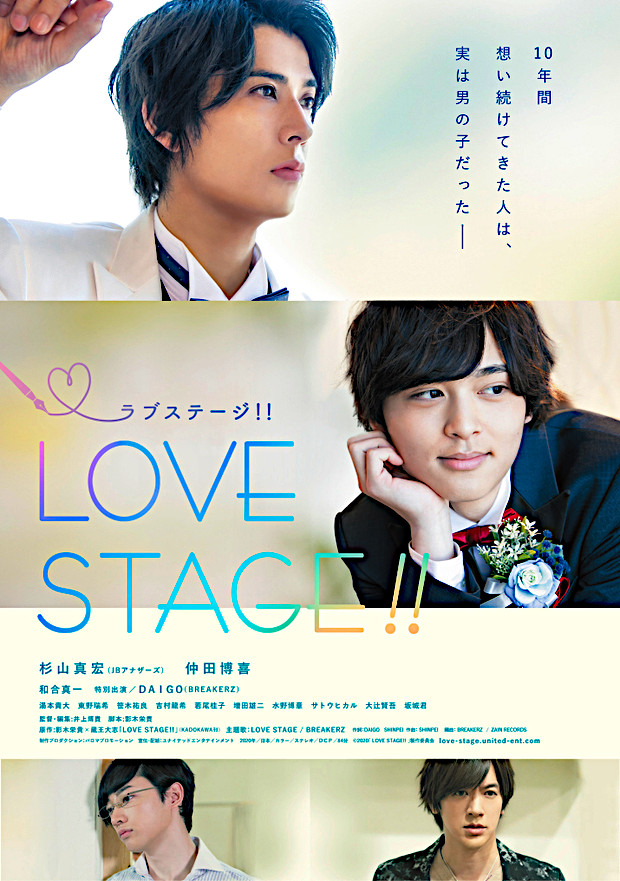 This is a live action remake of the Anime series, which is from 2014.

English (default), Spanish and Indonesian subtitles are supplied by the producers, and are provided here embedded in the .mkv file.

If you need them separately, just demux them with the appropriate Matroska utility program. The movie runs 1 hour and 24 minutes, and has the GagaOOLala logo top left throughout the whole movie - see framegrabs.

PLOT: Izumi, a male of stunning feminine looks, was born into a family of celebrities: his father is a singer, his mother an artist, his older brother the lead vocalist for a popular band. Izumi himself, however, is just a nerdy college student, and he wants to become a manga writer. One day as a child, he is volunteered by his mother into filming a wedding commercial where he wears a dress. 10 years later, that famous wedding commercial is being remade with the same cast and the original male actor, Ryoma Ichijo, the boy he made the commercial with as a child, still hasn’t realised that his screen partner was a boy. Back then, the spark between the two was so great, that the boy fell in love with the “girl” when they filmed the first commercial. That’s why he insisted on the same cast for the remake, and arrives, expecting to see a beautiful woman as his partner. He gets quite a shock when it is revealed that he has been in love with a boy for 10 years, but eventually he realises that he is still in love with that person, even after that revelation. For Izumi though, while he has no problem acting and kissing Ryoma for the camera, being the object of Ryoma’s affection is a frightening surprise.