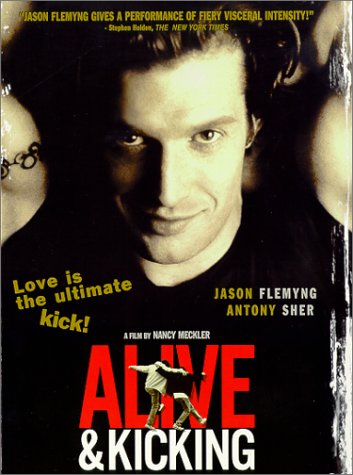 Audio Language English, could not find any subs.

Indian Summer, also known as Alive & Kicking in the USA, is a 1996 British drama film directed by Nancy Meckler and starring Jason Flemyng, Antony Sher and Bill Nighy. The script was written by Martin Sherman, author of the play Bent. The film was released in the UK as Indian Summer and in the United States as Alive & Kicking. Due to the recently released Indian Summer by Mike Binder in 1993. Plot: The story follows a self-involved and very focused dancer, Torino (Jason Flemyng), who has just lost his lover, Ramon (Anthony Higgins), to AIDS. He then refuses to let the fact that he is HIV positive disrupt his career as he rehearses a staging of Indian Summer, a gay-themed ballet about love and lust. After Ramon’s funeral, the dancer begins a troubled relationship with an older man, Jack (Anthony Sher), a therapist, who also has problems with controlling his own drinking.（G5V.NET）