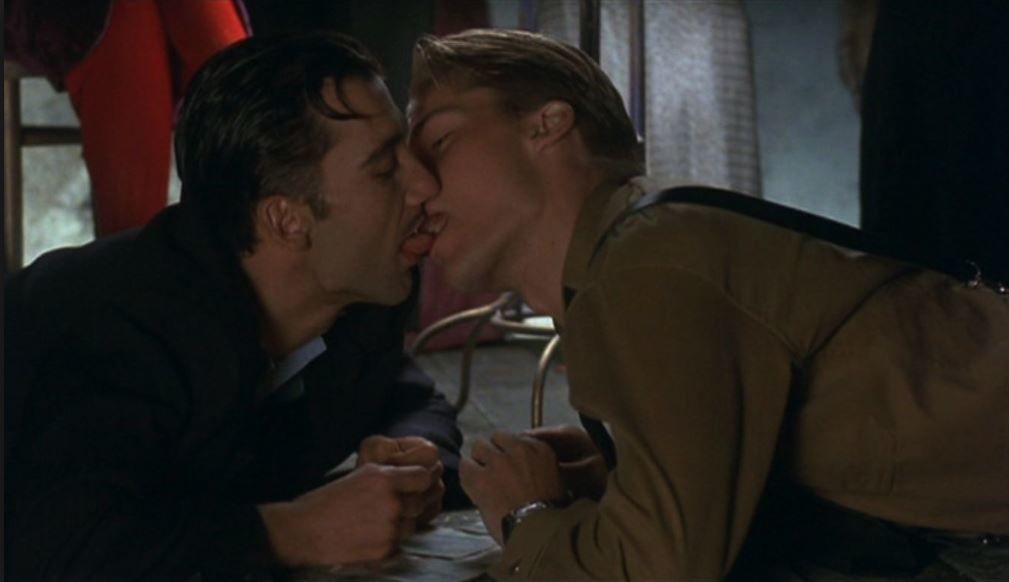 Bent is a 1997 British-Japanese drama film directed by Sean Mathias, based on the 1979 play of the same name by Martin Sherman, who also wrote the screenplay. It revolves around the persecution of homosexuals in Nazi Germany after the murder of SA leader Ernst Röhm on the Night of the Long Knives. Max (Clive Owen) is a promiscuous gay man living in 1930s Berlin. He is at odds with his wealthy family because of his homosexuality. One evening, much to the resentment of his boyfriend, Rudy (Brian Webber II), Max brings home a handsome Sturmabteilung (SA) man (Nikolaj Coster-Waldau). Unfortunately, he does so on the Night of the Long Knives, when Hitler ordered the assassination of upper echelon SA corps. The Sturmabteilung man is discovered and killed by SS men in Max and Rudy’s apartment, and the two have to flee Berlin. Max’s Uncle Freddie (Ian McKellen) has organised new papers for Max, but Max refuses to leave his boyfriend behind. As a result, Max and Rudy are found and arrested by the Gestapo and put on a train headed for Dachau. On the train, Rudy is brutally beaten to death by the guards. As Rudy calls out to Max when he is taken away, Max lies to the guards, denying he is gay. In the camp, Max falls in love with Horst (Lothaire Bluteau), who shows him the dignity that lies in acknowledging one’s beliefs. After Horst’s death, Max finds the courage to be true to himself and takes his own life. Video Codec: x264 Resolution: 1920x1080 Aspect ratio: 16:9 Frame rate: 23.976 fps Bit rate: 11.5 Mb/s BPP: 0.231

Extras: There are a few special features available, if you’re looking for more. Behind-the-Scenes Footage runs 11 minutes, and delivers just that. Streets of Berlin in the song I mentioned, and there’s a music video for it here. Also, there are 7 interviews with cast & crew members, as well as 4 trailers for this & other films. Lastly, a small advertisement/informative piece, About Film Movement.