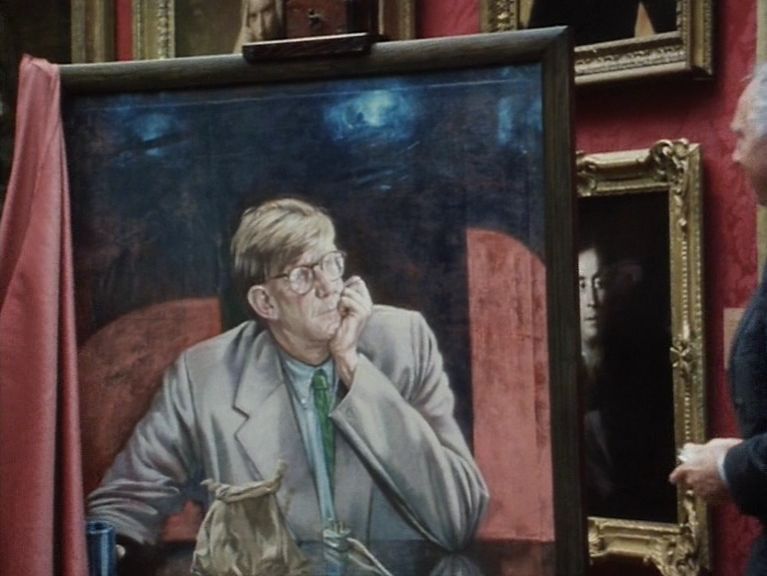 Alan Bennett interview at the BBC [Disc 4] and Collected introductions (1991 - 1994) from Alan Bennett at the BBC on 4 DVDs Please note that the BBC source material for these plays is quite washed out in some cases. Part of the complete Alan Bennett at the BBC DVDR and DVD rip project Philip French Sun 13 Dec 2009 00.05 GMT This outstanding four-disc box set contains much of Bennett’s finest work, ranging in settings from Morecambe to Moscow and is testimony to his acute ear, sharp eye and generous mind and his belief in the old Yorkshire adage that “there’s nowt so queer as folk”. Looking as good on the big screen as on the box, the films blur the line between TV and cinema and perhaps the best thing in this collection is the pair of films written nearly 20 years apart known as Single Spies: Alan Bates as the exiled Guy Burgess meeting Coral Browne in the USSR in An Englishman Abroad and James Fox as Anthony Blunt discussing art with HMQ (Prunella Scales) in A Question of Attribution. Both are directed by John Schlesinger. For me the best films are probably the one about Proust and the two about Anthony Blunt and Guy Burgess. They are so densely written, yet thoroughly enjoyable. Alan Bates is fantastic in both his roles (as Proust and Burgess), beautifully offset by Coral Browne in An Englishman Abroad and Janet McTeer in 102 Boulevard Haussmann. The latter was new to me and the evocation of Proust’s world was delightful, with his eccentrically grand behaviour as finely judged as the cooking of the takeaway meals he ordered from the Ritz at all hours of the night. This episode of his getting a string quartet to play for him after midnight means we get to hear excerpts from Franck and Faure beautifully in context, as well as following the subtle movement of his heart which elides with research for his novel. A Question of Attribution is similarly multi-layered and handled with superb aplomb, for all its unassuming surface. James Fox and Prunella Scales are completely worthy of the lines written for them, and it is enjoyable to see Jason Flemyng pop up in a smaller role, sparring amusingly with a much ‘posher’ star student from the Courtauld - and proving more knowledgable! Finally there are two documentaries, one on Leeds Art Gallery and one on the Crown Hotel in Harrogate, both written and narrated by Bennett himself. His take on these places is inimitable, while getting absolutely to the truth of what they’re all about and how they function from day to day. He merges observation with autobiographical details and historical points and creates a fascinating picture. With a filmed interview about the works, and an introduction by him to each one, this collection is absolutely superb at every level, and shows what a wonderful writer Bennett is - there’s surely no one writing better dialogue in English today. Disk 4: A Question of Attribution; Portrait or Bust; Specially Shot Introductions; Alan Bennett Interview