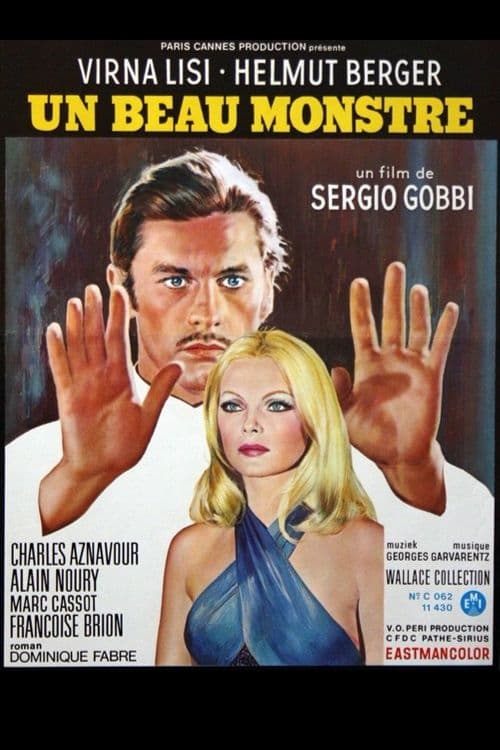 So here we have Helmut Berger as a handsome, neurotic, attention-needy gay man trying to convince the world that he’s a he-man. (Not that gay men can’t be macho, but Berger would have a very hard time suggesting that.) You don’t need to reach far to grasp the real-life parallels. You could call this movie homophobic, in its eventual psychological emphasis on a closet case who acts out his frustrations via misogyny. But the movie doesn’t succumb to the blunt anti-gay stereotyping typical of the era. Lesser roles are filled by the lies of Edith Scob, Charles Anzavour, Alain Noury, so this is an instance of major talent being expended (wasted?) on sorta-junky material. It’s neither a good movie or a bad one–just an above-average European commercial effort that ultimately doesn’t rise far enough above to be memorable. This glossy, starry melodrama, which seldom seems to settle on just what kind of it wants to be, stars Visconti muse Helmut Berger as a wealthy man who willfully drives one wife to suicide, then seduces the equally beautiful blonde neighbor (Virna Lisi) who witnessed that death. He then proceeds to sadistically wear at her mental and physical health, just as he’d done before. The late shift from making Berger an insidious playboy schemer to a vulnerable, damaged victim of his upbringing doesn’t work very well, nor can we accept Lisi’s return toward adoration of her new husband despite all her preceding abuse and stubborn resistance to it. Despite that, and a weak ending, this is an interesting quasi-giallo that makes good use of Berger’s inherent ambiguity as a screen presence. At first we’re meant to understand he’s a playboy predator toward women, but it gradually (and more credibly) emerges that his sexuality is very different from the guise he assumes publicly, and which he abuses in private by manipulating women whose attentions flatter him.